Vigil of All Saints (All Hallows' Eve)
Thursday, 31 October 2019, 7:00 PM
Offered in Reparation for Recent Sins Against the
First Commandment
Celebrant: Fr. Hugues Beaugrand, IBP
Institute of the Good Shepherd

For additional information about All Hallows' Eve and Hallowtide see the Liturgical Arts Journal. 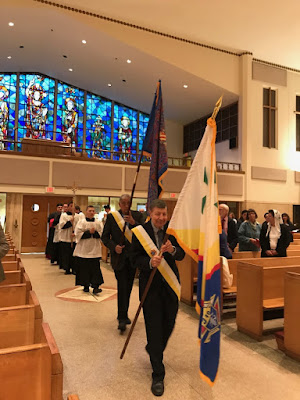 On Monday, 7 October 2019, the Knights of Columbus Woodlawn Council 2161 Traditional Latin Mass Guild hosted a High Mass at St. Titus Church, Aliquippa, Pennsylvania, to celebrate the Feast of Our Lady of the Holy Rosary and to commemorate the great Catholic victory at the Battle of Lepanto in 1571.  Leading the procession before Mass was the Knights of Columbus flag followed by a reproduction of the Holy League flag that flew on the Catholic flagship at the Battle of Lepanto. 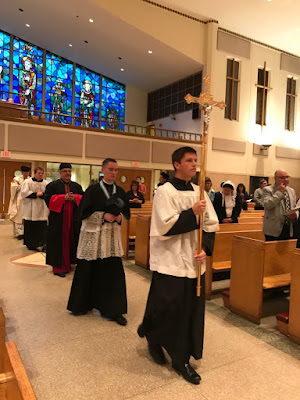 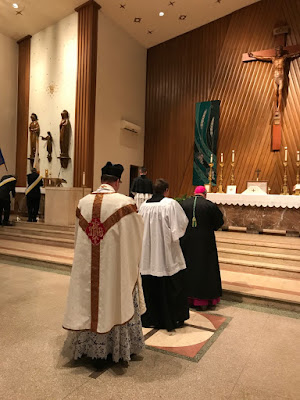 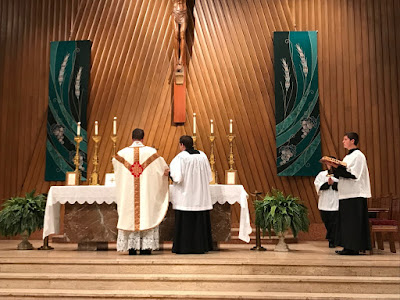 The celebrant was Canon William Avis of the Institute of Christ the King Sovereign Priest, Pastor of Most Precious Blood of Jesus Parish in Pittsburgh, Pennsylvania. 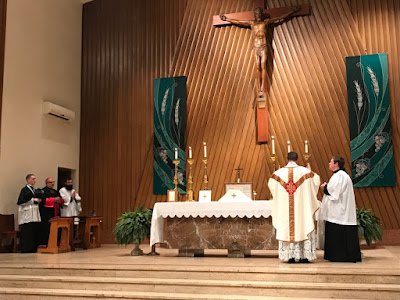 Canon John O'Connor, Parochial Vicar of Most Precious Blood of Jesus Parish and celebrant of the 2018 Lepanto Mass, along with Chorbishop Anthony Spinosa, Rector of the Basilica and National Shrine of Our Lady of Lebanon in North Jackson, Ohio, and featured speaker at the 2017 Lepanto Dinner, and Fr. Frederick Gruber attended the Mass in choir. 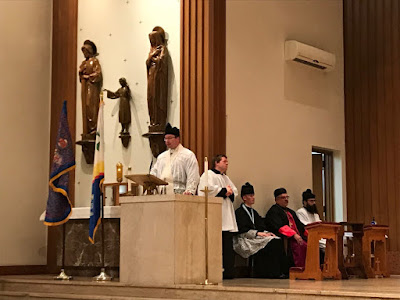 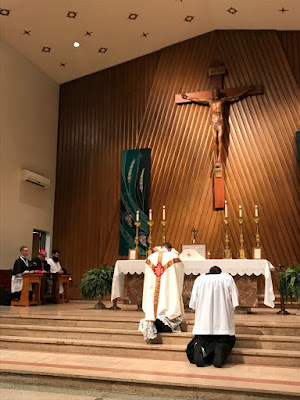 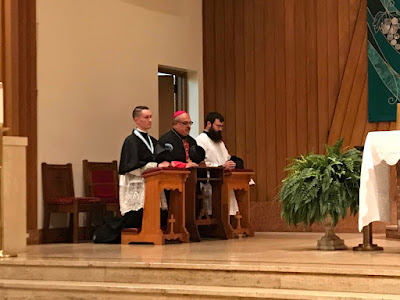 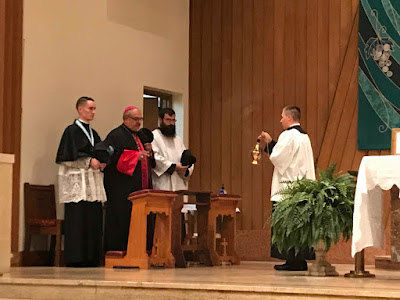 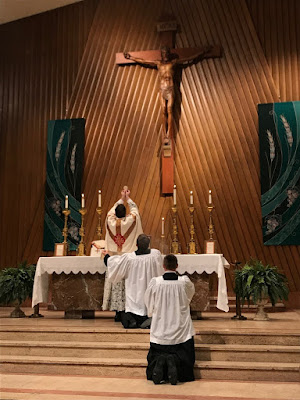 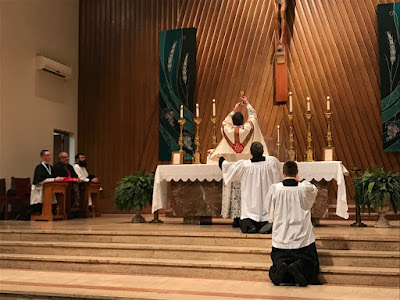 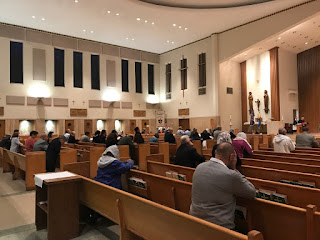 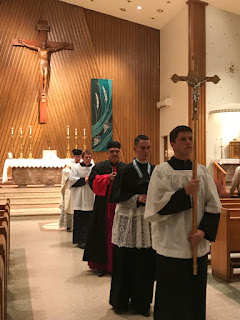 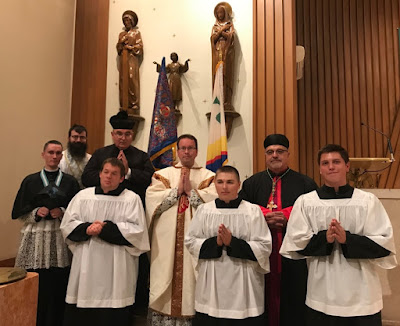 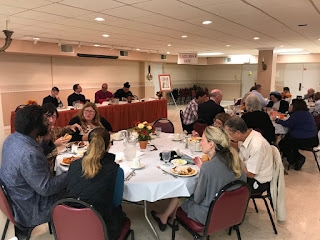 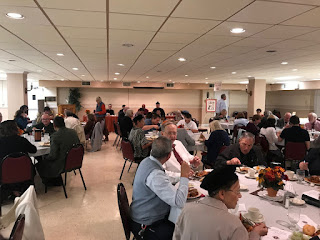 Representatives of the Pittsburgh Latin Mass Community, Inc., presented Canon Avis with several pieces of artwork to decorate the rectory in Pittsburgh. 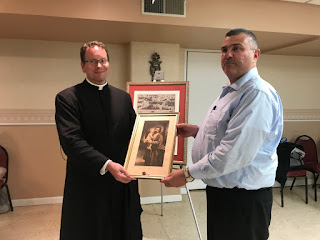 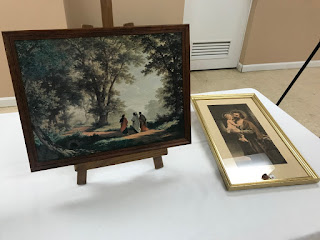 Canon Avis was the featured speaker after dinner.  He gave a talk on the power of the Holy Rosary and the Battle of Lepanto. 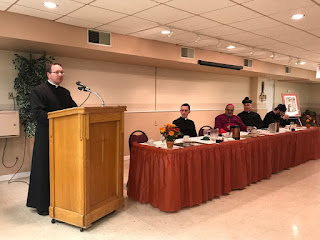 Woodlawn Council 2161 thanks the following sponsors of the Twelfth Annual Battle of Lepanto Dinner: 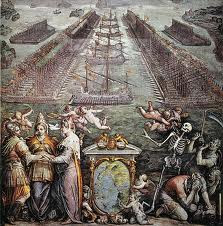 Posted by Administrator at 10:30 AM No comments: