Latin Masses to Resume in August 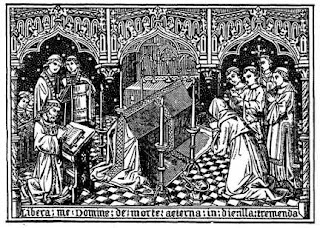 Posted by Administrator at 2:00 PM No comments:

A Message from the Supreme Knight

We are all aware of the troubling events that are occurring today, including attacks on statues of historical figures such as Abraham Lincoln, Frederick Douglass and our Order’s namesake, Christopher Columbus. Statues of saints have also been vandalized, including those honoring St. Junípero Serra, St. Louis and even the Blessed Virgin Mary, and houses of worship and other religious symbols have been attacked. These are not merely attacks on statues and history. They are increasingly attacks on Catholics and people of faith.

In the late 19th century, the Knights of Columbus took its name at a time of intense anti-Catholicism. Our founding members wanted to show that Catholics played an essential role in the exploration and development of America since its earliest days, and that a Catholic could be both a good citizen and a good Catholic.

However, anti-Catholicism persisted. In the 1920s, the Ku Klux Klan tried to stop Columbus Day celebrations and opposed Columbus statues simply because Columbus was a Catholic. We opposed the KKK then and have continued to stand up against bigotry directed at Catholics and others.

We stood up against the persecution of Catholics in Mexico in the 1920s, spoke out for the Jews of Germany in the 1930s and worked for religious freedom behind the Iron Curtain during the Cold War. Today, we are rebuilding Christian communities in the Middle East that were targeted for genocide. Each of us can be proud of our history of standing up for the most vulnerable among us.

While our faith calls us to be respectful of different perspectives, acts of vandalism are crimes against all who cherish democracy and mutual respect. The Knights of Columbus remains firm in its condemnation of all forms of racism and violence, including political violence. With churches, statues, and religious symbols subject to vandalism and attack, we call upon elected officials and leaders at every level to defend the religious freedom of all.

Posted by Administrator at 12:00 PM No comments:

Feast of the Most Precious Blood of Our Lord 2020 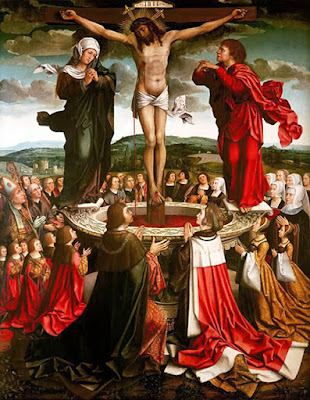 Hail, Precious Blood, flowing from the wounds of our crucified Lord Jesus Christ, and washing away the sins of the whole world.From The New Roman Missal by Fr. Lasance:Blessed Pius IX instituted this feast in thanksgiving for the deliverance of the Apostolic See from the violent revolutionaries who had expelled the pope to Gaeta. In 1849, with the assistance of the French army, they were vanquished and the pope was able to return to Rome.The meaning of this devotion is closely akin to that of the Sacred Heart. The Precious Blood is the price of universal redemption, which love would not have to be anything less than itself. There is very close connection between the Heart and the Blood not only because, according to St. John, after the death of Jesus, blood and water flowed from His wounded Heart, but because the first chalice in which that divine Blood was consecrated and vivified was precisely the Heart of the incarnate Word.The Mass is of quite recent composition. In the ancient Roman rite the Mass of Passion Sunday was especially intended to recall to the remembrance of the faithful the infinite value of the Blood of Jesus Christ. 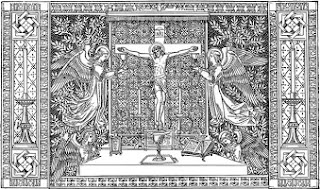 ALMIGHTY, eternal God, Who hast appointed Thine only-begotten Son to be the Redeemer of the world, and hast willed to be appeased by His blood, grant us, we beseech Thee, so incessantly to worship the price of our salvation, and to be so defended by its power from the ills of this life on earth, that we may enjoy its everlasting fruit in heaven. Through the same. Collect.  Mass of the Most Precious Blood of Our Lord.