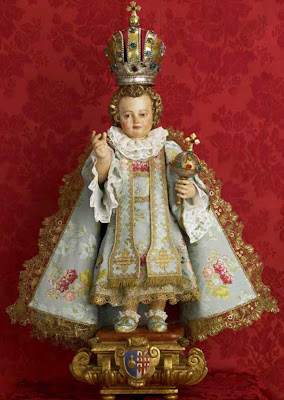 Commemoration of Summorum Pontificum - Solemn Pontifical Mass at the Basilica of the National Shrine of the Immaculate Conception in Washington, DC, 28 April 2018 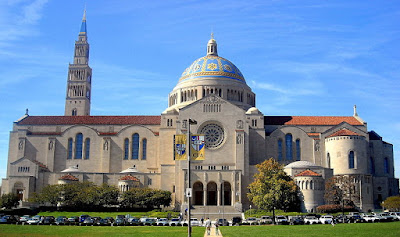 The Paulus Institute for the Propagation of Sacred Liturgy is pleased to announce The Most Reverend Alexander K. Sample, Archbishop of Portland in Oregon, will be the celebrant of the pontifical Solemn Mass in the Traditional Roman Rite commemorating the 10th anniversary of the issue by Pope Benedict XVI of the Motu Proprio Summorum Pontificum to be held at the Basilica of the National Shrine of the Immaculate Conception, Washington, DC, Saturday, 28 April 2018, 1:00 PM.

Everyone is welcome.  For additional information, visit The Paulus Institute website.

UPDATE: For a brief report, photos, and video of the Mass, visit The Remnant, Rorate Caeli, and One Peter Five.

May the Lord preserve him; and give him life;
and make him blessed upon the earth;
and deliver him not up to the will of his enemies.
[Ps 40:3]

Put to death at age 1 year, 11 months, 19 days by the National Health (sic) Service of the United Kingdom of Great Britain and Northern Ireland;

Over the adamant and steadfast objections and prayers of his loving parents and many others.


Posted by Administrator at 9:00 PM No comments: 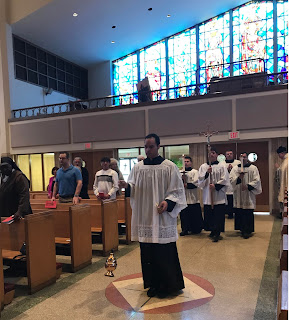 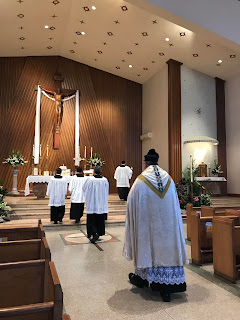 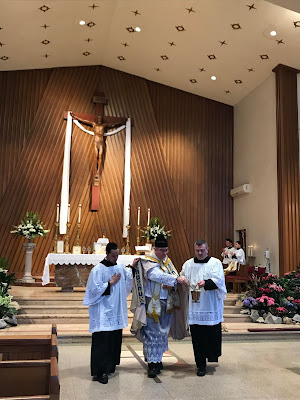 The Vidi Aquam, or solemn sprinkling of holy water before Mass during Paschal time. 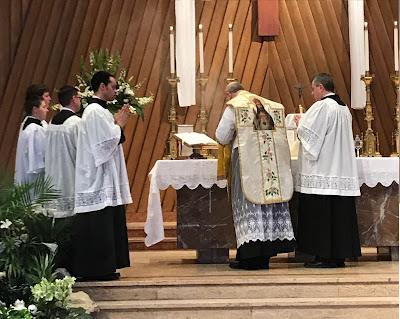 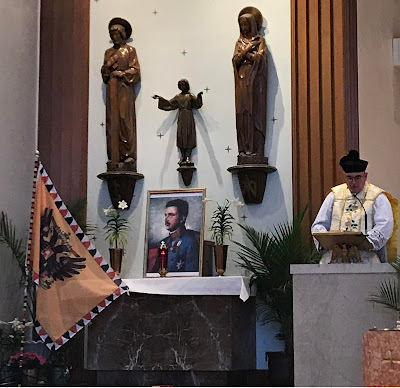 Fr. Ladis J. Cizik offered the Mass for the Second Sunday after Easter, Good Shepherd Sunday, and preached on Blessed Karl as an example of the Good Shepherd who is ready to lay down his life for his flock. 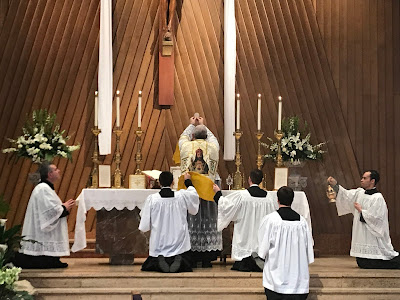 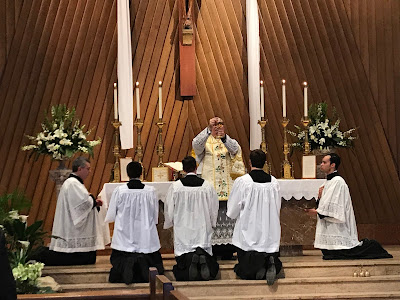 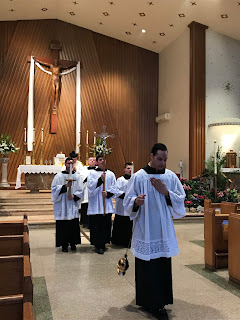 After Mass and veneration of a first class relic of Blessed Karl, a luncheon and conference were held in the church hall. 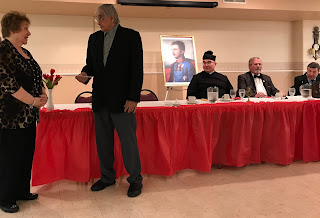 Katherine E. Novak, Vice Chair of the Board of Directors of the William Penn Association, the largest Hungarian-American fraternal organization in the United States, presented a check to support the honoring of Blessed Karl.  Sam Belli, Grand Knight of Woodlawn Council 2161, accepted the donation on behalf of St. Titus Parish. 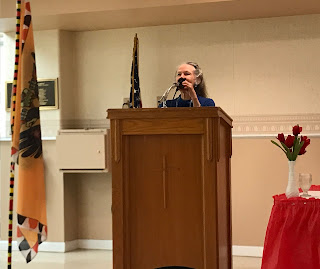 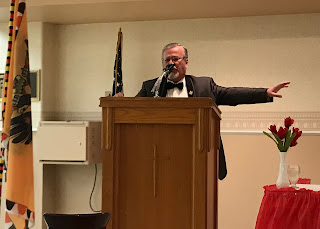 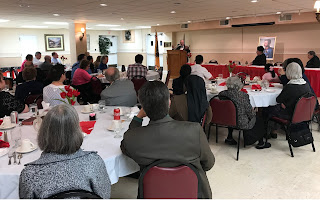 Woodlawn Council 2161 wishes to thank Katherine E. Novak and the William Penn Association for their continued support of and participation in the honoring of Blessed Karl.

For more information about Blessed Karl and the cause for his canonization, visit the Emperor Karl League of Prayer website. 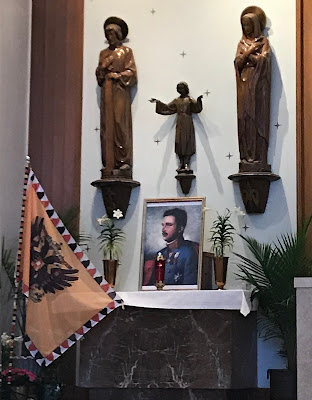 Blessed Emperor Karl of Austria,
pray for us.

Posted by Administrator at 5:00 PM No comments: