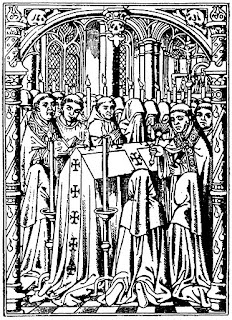 V. Eternal rest grant unto them, O Lord.
R. And let perpetual light shine upon them.﻿
Posted by Administrator at 12:01 AM No comments: 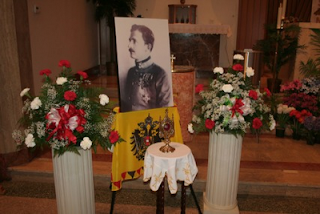 On Sunday, 29 April 2012, the Knights of Columbus Woodlawn Council 2161 Traditional Latin Mass Guild hosted a Traditional Latin High Mass in honor of Blessed Emperor Karl of Austria at St. Titus Church in Aliquippa, Pennsylvania.  The celebrant was Canon Jean-Marie Moreau of the Institute of Christ the King Sovereign Priest.  The faithful were able to venerate the relic of Blessed Karl after Mass and attend a conference on the life of Blessed Karl and his cause for sainthood.

This was truly a collaborative event and Woodlawn Council wishes to thank the following organizations for their cooperative and combined efforts in making the Mass and conference a great success:

The Institute of Christ the King Sovereign Priest

The Emperor Karl League of Prayers for Peace Among Nations 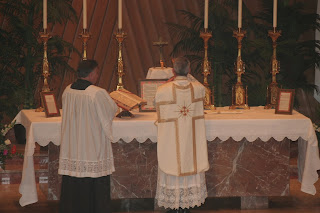 Woodlawn Council also wishes to thank and acknowledge the following dignitaries who attended the Mass in honor of Blessed Karl:

The Honorable Dr. Jan Napoleon Saykiewicz
Honorary Consul of the Republic of Poland

Seminarians of the
Diocese of Pittsburgh 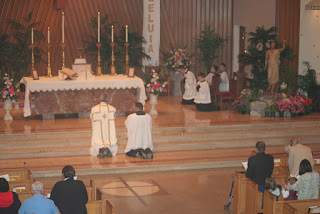 Finally, Woodlawn Council wishes to thank Brother Nathan Cochran, OSB, Delegate to the USA/Canada, Emperor Karl League of Prayers for Peace Among Nations, for the informative conference on the life of Blessed Karl and his cause for sainthood. 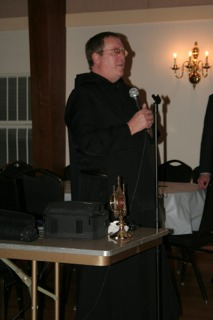