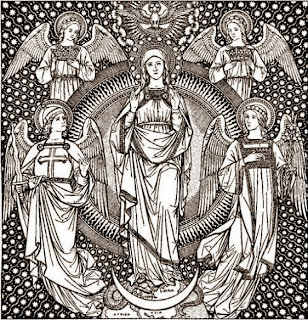 Consecration to the Immaculate Heart of Mary
After Mass

After Mass, join Woodlawn Council for a pre-Christmas dinner party at J. W. Halls, 2284 Brodhead Road, Aliquippa PA 15001, in the Hopewell Shopping Center, next to Kuhn's, just 3 1/2 miles/8 mins. from St. Titus Church, nearer to the Hopewell Exit of I-376 (formerly PA Rt-60).  Order off the menu and pay on your own.
﻿
Posted by Administrator at 8:30 PM No comments: 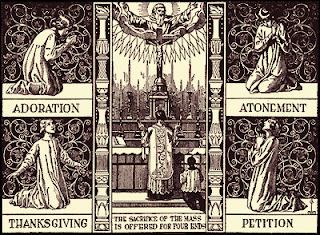 O GOD, of Whose mercies there is no number, and of Whose goodness the treasure is infinite; we render thanks to Thy most gracious Majesty for the gifts Thou hast bestowed upon us, evermore beseeching Thy clemency, that as Thou grantest the petitions of them that ask Thee, Thou wilt never forsake them, but wilt prepare them for the reward to come.  Through our Lord. Collect.  Mass of Thanksgiving. 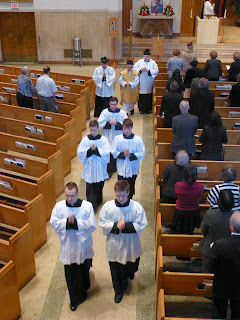 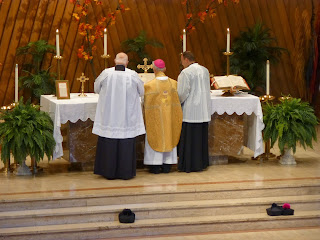 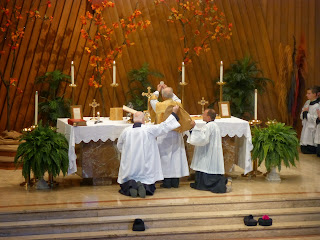 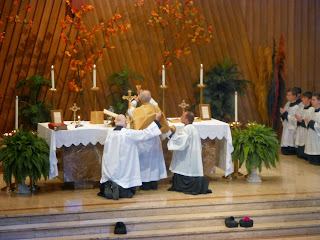 This was the first Pontifical Traditional Latin Mass celebrated at St. Titus Church in over forty-five years.
﻿ 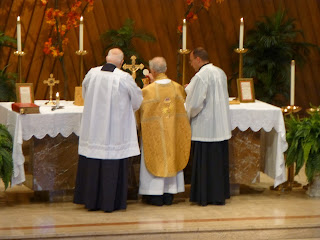 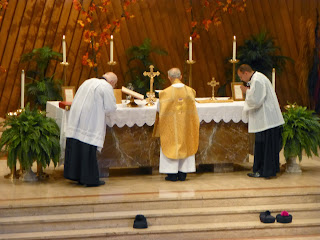 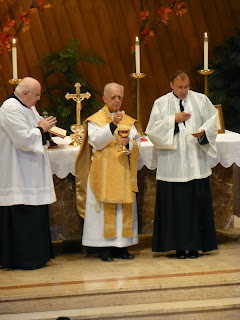 After Mass, the faithful were able to venerate a relic of Blessed Karl. 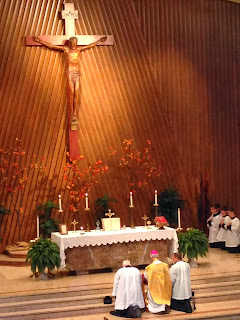 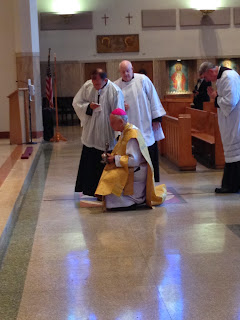 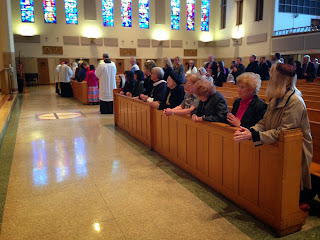 Following Mass and veneration of the relic, there was a luncheon and conference in the church hall. 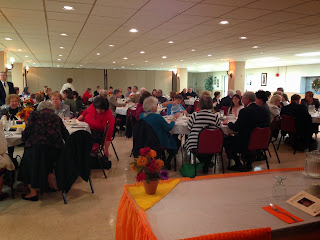 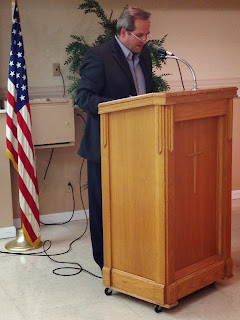 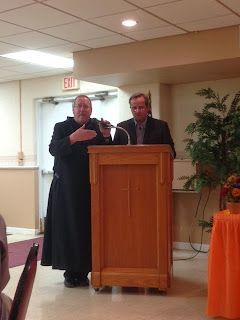 This Pontifical Mass and conference were part of a series of Masses and conferences in honor of Blessed Karl held in the Northeast, and sponsored by the following Traditional Knights of Columbus Councils:

Air travel arrangements were made by Syversen Touring. 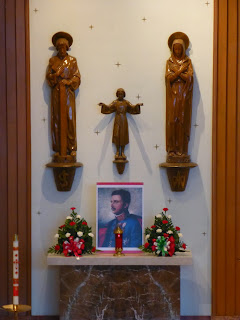 Blessed Emperor Karl of Austria,
Pray for us.
﻿
Posted by Administrator at 12:01 AM No comments: