Feast of Our Lady of Guadalupe 2014 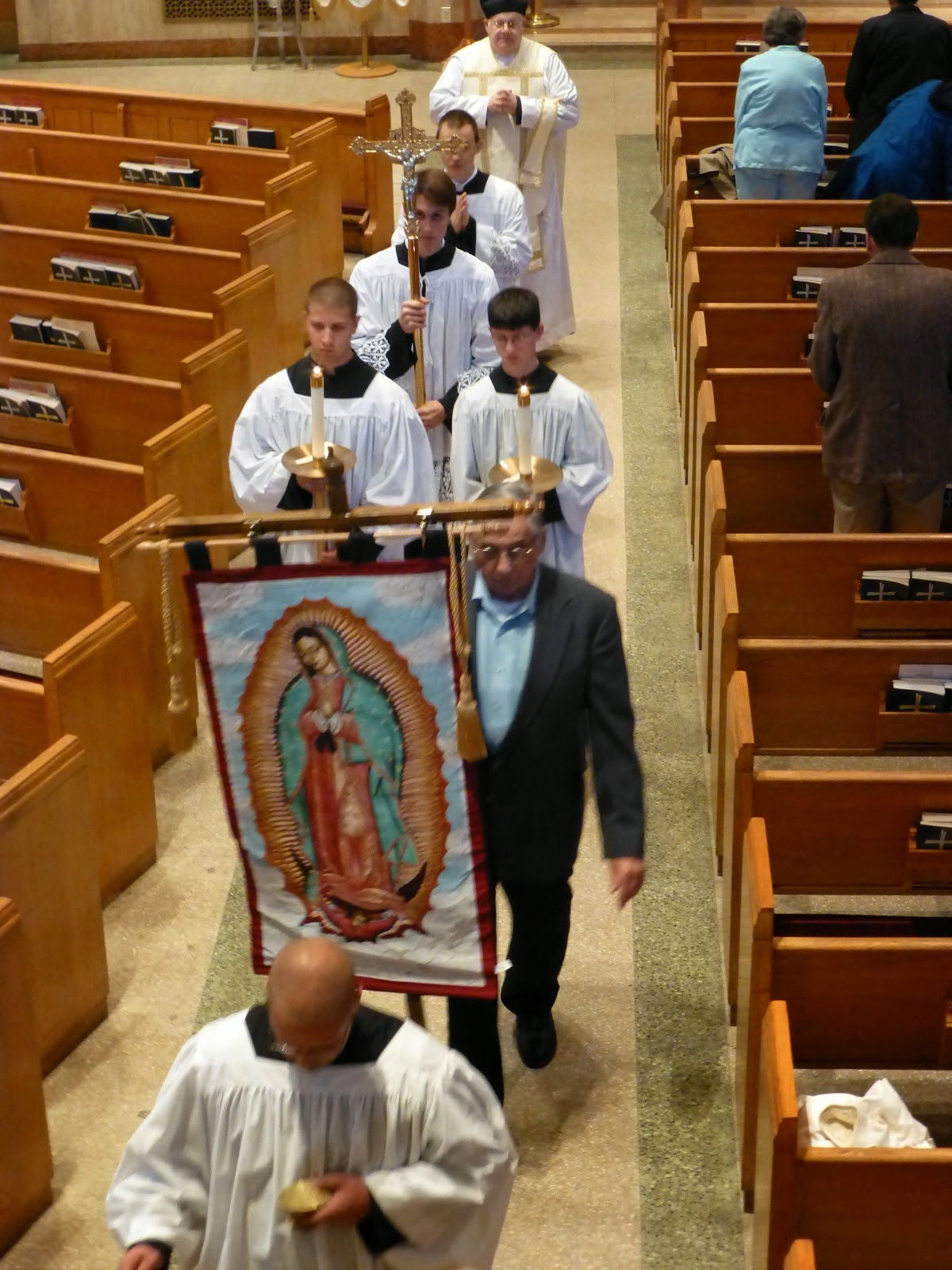 Consecration to the Immaculate Heart of Mary after Mass

Featuring: The Recusant Chanticleers of Vienna, OH
Under the direction of Gordon Sanders

After Mass, everyone is invited to join Canon Moreau and the Knights of Columbus for an informal Pre-Christmas dinner at Harold's Inn, 2134 Brodhead Road, Aliquippa PA 15001-4671 (approx 4.5 miles/10 mins from St. Titus Church, nearer to the Hopewell Exit of I-376/formerly PA Rt 60).  Order off the menu and pay on your own.
Posted by Administrator at 12:01 AM No comments:

Bishop Athanasius Schneider on the Synod on the Family


"Cardinals, bishops, priests, Catholic families, Catholic young people have to say to themselves: I refuse to conform to the neo-pagan spirit of this world, even when this spirit is spread by some bishops and cardinals; I will not accept their fallacious and perverse use of holy Divine mercy and of “new Pentecost;” I refuse to throw grains of incense before the statue of the idol of the gender ideology, before the idol of second marriages, of concubinage, even if my bishop would do so, I will not do so; with the grace of God I will choose to suffer rather than betray the whole truth of Christ on human sexuality and on marriage."  --  Bishop Athanasius Schneider.

Read the entire interview at Life Site News.
Posted by Administrator at 12:01 AM No comments:

On Tuesday, 21 October 2014, a Traditional Latin Solemn High Mass was offered at Old Saint Mary's Church in Washington, DC, for the Feast Day of Blessed Karl of Austria.  At the reception after Mass, Prince Bertrand of Orleans-Braganza addressed the assembled faithful. His remarks are reproduced in full below (with permission). This annual Mass and reception in honor of Blessed Karl was organized by Suzanne Pearson, founder of the Blessed Karl Shrine at Old Saint Mary's.


Remarks by HIRH Prince Bertrand of Orleans-Braganza,
the Prince Imperial of Brazil
On the Feast Day of Blessed Karl
21 October 2014, Washington, DC

Holy Mother Church gives us the saints not only as intercessors to whom we can have recourse but as examples to follow.

The Knights of Columbus Woodlawn Council 2161 announces the award of a $500 scholarship grant to Matthew Walter, a seminarian from Pittsburgh who is studying for the holy priesthood with the Institute of Christ the King Sovereign Priest.

To date, Woodlawn Council has awarded $9,000 to traditional seminarians studying with the Institute of Christ the King Sovereign Priest and the Priestly Fraternity of Saint Peter. 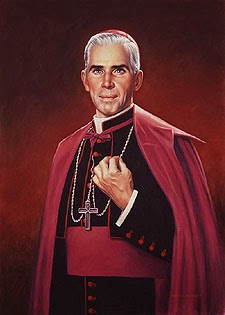 "Who is going to save our Church?  Not our bishops, not our priests and religious.  It is up to you, the people.  You have the minds, the eyes, the ears to save the Church.  Your mission is to see that your priests act like priests, your bishops, like bishops, and your religious act like religious."  --  Archbishop Fulton J. Sheen, speaking to the Knights of Columbus, June 1972
(h/t Saint Mary Byzantine Catholic Church bulletin, 12 October 2014.)
Posted by Administrator at 8:30 PM 1 comment: