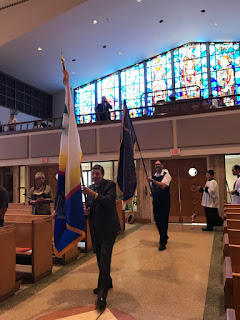 On Sunday, 7 October 2018, the Knights of Columbus Woodlawn Council 2161 Traditional Latin Mass Guild hosted a High Mass at St. Titus Church, Aliquippa, Pennsylvania, to celebrate the Feast of Our Lady of the Holy Rosary and to commemorate the great Catholic victory at the Battle of Lepanto in 1571.  Leading the procession before Mass was the Knights of Columbus flag followed by a reproduction of the Holy League flag that flew on the Catholic flagship at the Battle of Lepanto. 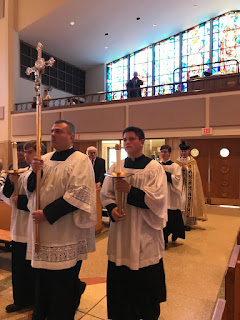 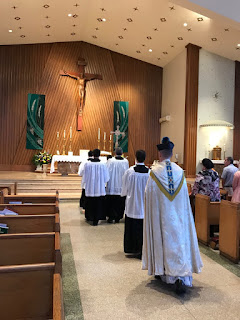 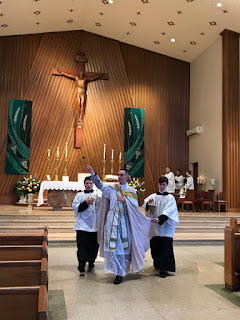 The celebrant was Canon John O'Connor of the Institute of Christ the King Sovereign Priest. 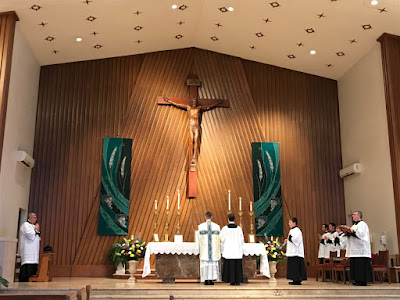 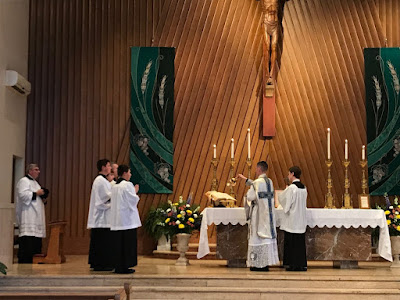 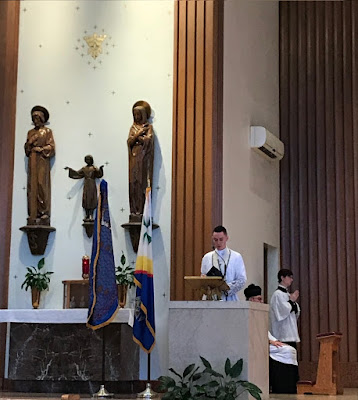 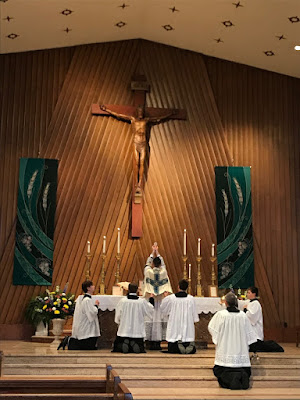 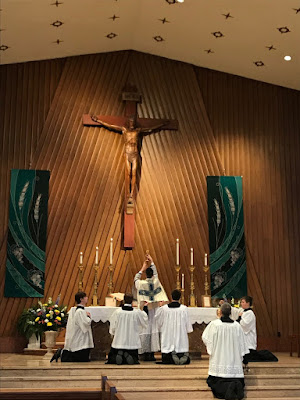 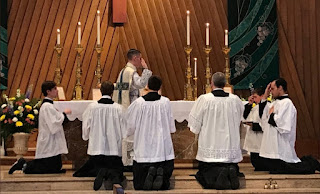 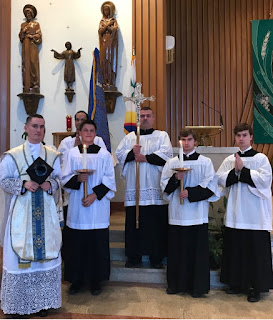 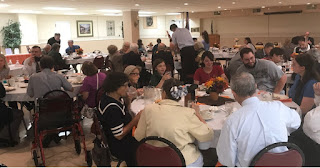 Representatives of the Pittsburgh Latin Mass Community, Inc., presented Canon O'Connor with a $1,000 check for the Institute's seminary and an antique bible for their new rectory in Pittsburgh. 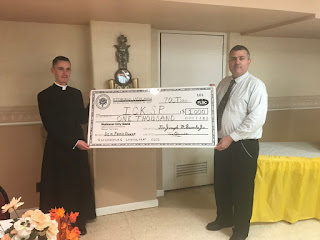 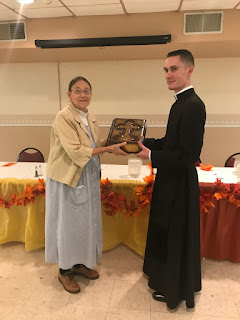 Canon O'Connor was the featured speaker after dinner.  He gave a talk on the spirituality of Saint Francis de Sales, one of the primary patrons of the Institute of Christ the King Sovereign Priest. 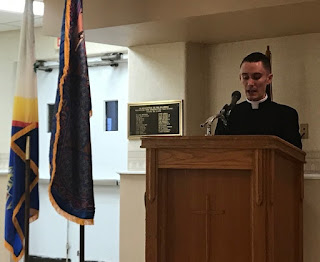 Woodlawn Council 2161 thanks the following sponsors of the Eleventh Annual Battle of Lepanto Dinner: 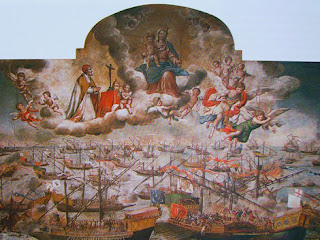 Posted by Administrator at 11:30 AM