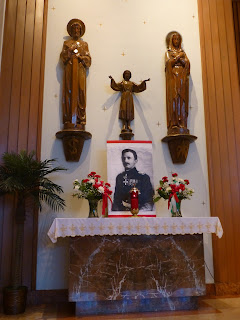 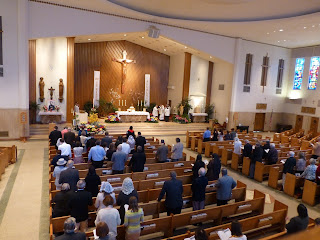 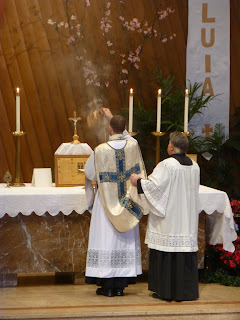 The Mass was offered by Fr. Gregory Plow, TOR, of the Franciscan University of Steubenville, Ohio. 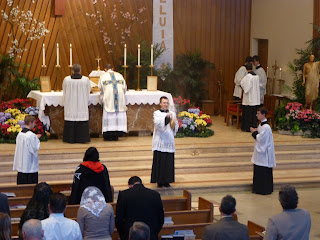 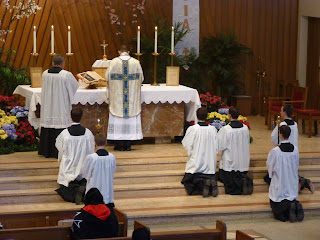 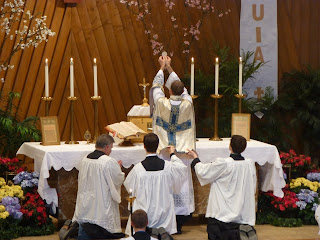 The Relic of Blessed Karl was on the altar during Mass (visible just to the left of the missal, in the small gold reliquary) and was available for veneration after Mass.
﻿
﻿ 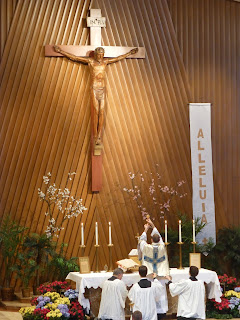 ﻿
Following Mass and veneration of the relic, there was a luncheon and conference in honor of Blessed Karl.  Featured speakers were Suzanne Pearson, founder of the Blessed Karl Shrine at St. Mary Church in Washington, DC, who spoke about Blessed Karl's exile, death, and burial on the island of Madeira, and Raymond de Souza, KM, Director of Evangelization & Apologetics for the Diocese of Winona, Minnesota, who's talk was entitled The Dictatorship of Relativism and the Sacred Heart of Jesus. 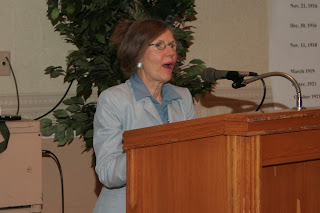 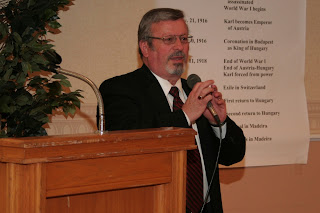 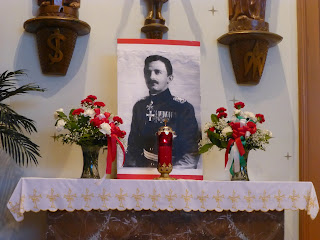 Blessed Emperor Karl of Austria,
Pray for us.
Posted by Administrator at 12:00 PM

Recall World War I began with assassination of Austrian Archduke Franz-Ferdinand and his wife Sophie on a Masonic contract. Its purpose was to trigger a war as means to destroy Europe's many monarchies. Emperor Karl was in concert with Pope Benedict XV to end this war, but was opposed by Grand Orient Freemasonry, the dedicated enemy of the Church.

some very good historical clips on youtube......would be good to direct visitors there.