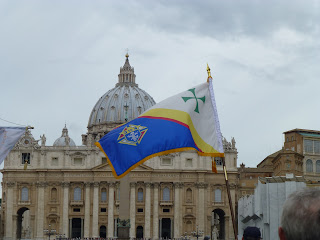 On Saturday, November 3, 2012, members of the Knights of Columbus Woodlawn Council 2161 Traditional Latin Mass Guild joined pilgrims from all over the world for the International Pilgrimage to Rome to celebrate the fifth anniversary of our Holy Father Pope Benedict XVI's apostolic letter, Summorum Pontificum, and to mark the Year of Faith.

In the morning, the pilgrims gathered in the the church of San Salvatore in Lauro, across the Tiber River from the Vatican, for Exposition of the Blessed Sacrament and silent prayer. After a flyover by jets of the Italian Air Force and Benediction, the pilgrims began their procession to St. Peter's Basilica.

The pilgrims walked through the streets and crossed the Ponte Sant' Angelo, all the while praying the Litany of the Saints in Latin and singing traditional hymns. After passing Castel Sant' Angelo, they processed up the Via della Conciliazione and into St. Peter's Square. As the pilgrims ascended the steps of St. Peter's, the central doors opened and they entered the Basilica.

Still singing, they passed the tomb of St. Peter and the High Altar, and proceeded to the Altar of the Chair for a Traditional Latin Pontifical Mass offered by Cardinal Canizares Llovera, Prefect of the Congregation for Divine Worship and the Discipline of the Sacraments.

Woodlawn Council was honored to be asked by the pilgrimage organizers to have our Knights of Columbus flag lead the procession through the streets of Rome to St. Peter's Basilica, flanked by two banners of Our Lady. 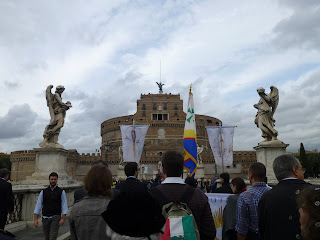 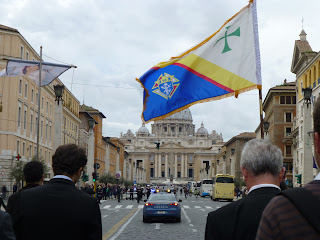 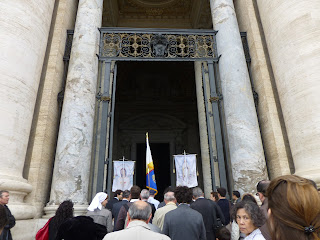 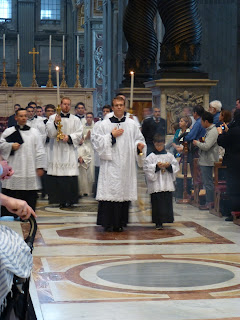 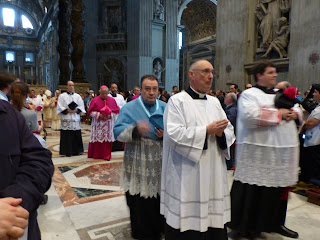 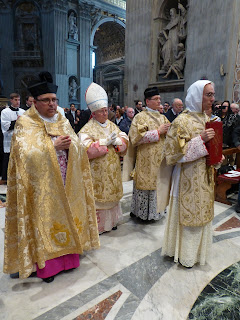 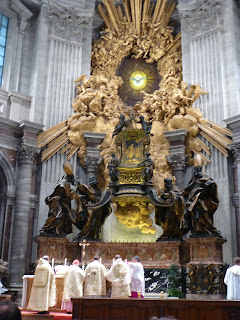 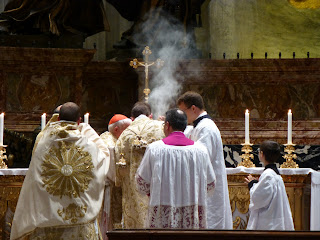 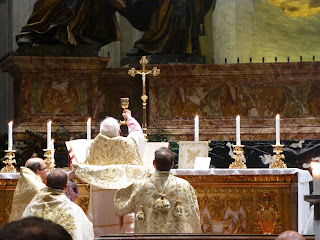 Cardinal Canizares Llovera offered the Votive Mass of the Immaculate Heart of Mary. 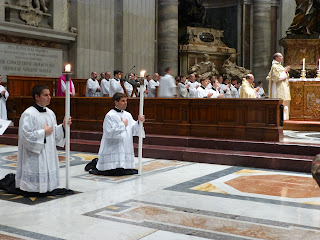 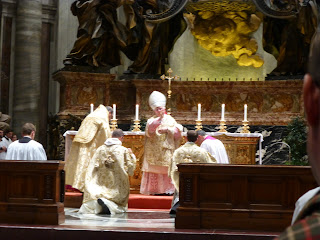 Link to official photo album of the event here.
Posted by Administrator at 12:01 AM